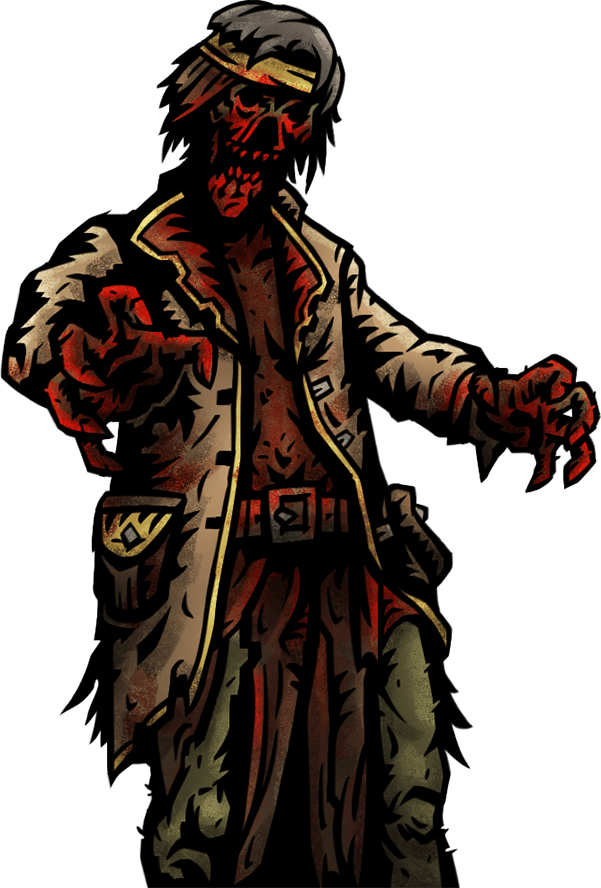 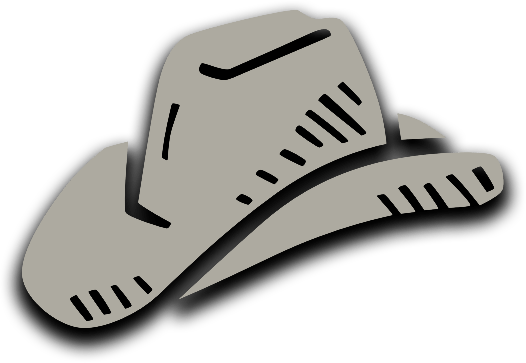 Everything you need to know about the game rules - how to play it and answers to frequently asked questions.

This short ruleset was compiled during the first tests of the game’s prototype. This is the basis for further development. A more comprehensive version of the rules affecting competitive play is planned for the near future.

Title
Unique name of the card.

Power
A number from 0 to 10. A card with more power usually beats a card with less power.

Action
List of card abilities. Most cards have one or two abilities. 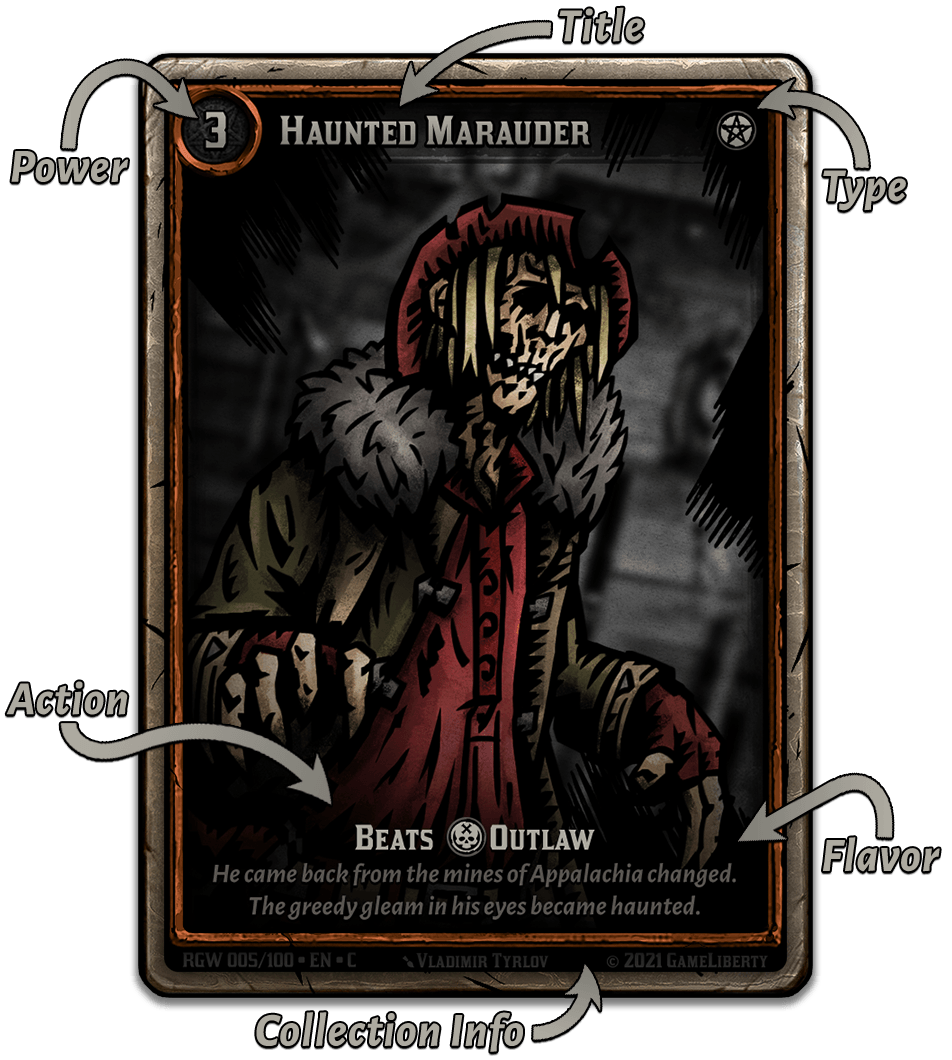 Type or Types
This tells you the card's type. There can be more than one type.

Flavor Text
Lore note that tells you something about the game world.

Title - unique name of the card.

Power - a number from 0 to 10. A card with more power usually beats a card with less power.

Action - list of card abilities. Most card have one or two abilities.

Type or Types - this tells you the card's type. There can be more than one type.

Flavor Text - lore note that tells you something about the game world.

Each Rogue West: Crypto TCG match involves 2 players. The game takes place on a battlefield divided into 2 rows. There are 7 squares on each row where you can play cards. To participate, you must have a deck of 10 different cards. Each player shuffles his deck and gets a starting hand of 5 cards. Turn order is determined randomly.

This is the main part of the match, during which the players take turns playing their cards. Turn order is determined randomly. Starting with the second player, each player draws one card from his deck at the beginning of his turn.

During the turn, player can play one card from his hand. He puts this card on one of the squares in his half of the battlefield. The first card played by the first player always has a Power of 1.

To occupy a square opposite the opponent's card, you need to play a card with more Power or a card that beats it. In the second case, the beaten card leaves the battlefield and goes to the Graveyard zone (discard pile).

For example, you want to play a card opposite an enemy card with 3 Power and «Wicked» type‎. You need to choose a card in your hand that either has the Power of 4+, or beats Wicked.

After a player has played a card, the turn goes to another player. If a player can’t play any cards, he must skip a turn. Also, the player can always skip a turn if he wants to.

The game ends when both players skip their turns in a row. Players count victory points (VP) by adding up the power of their cards on the battlefield. The player whose card was played last gets 5 additional VP. The player with the most VP wins.

- Is this a competitive game?

Yes, Rogue West: Crypto TCG is designed to be competitive.

- Where can I see the full list of released cards?

In the project collection at OpenSea. You can also see all the cards in the game's library section menu.

- How many cards should there be in my deck?

The game will have several formats with decks of different sizes. But first you will need a deck of ten cards.

- Do I need to have multiple copies of the same card?

No. It is enough to own just one copy of the card to play it as many times as you want.

- I would like to try the game first before buying the cards. Is it possible?

Yes! We have added a trial mode to the game specifically for such cases. You can play for free both against an AI opponent and against live players. But in each game, your deck will be randomly generated and contain at least one rare, two uncommon and seven common cards. Try it now!

- There are so few cards in the game! How can you build deck with this?

This is because the project is at an early stage of development. A total of 100 cards are planned for the first release. They will be released regularly throughout the entire development period.

At the moment, the project does not have a client, only the browser version available here.

There are two reasons behind this. First, it will encourage players to make more diverse decks based on what they have managed to acquire. After all, it's boring when everyone has absolutely all the cards, right? Second, this will have a positive impact on the investment attractiveness of the project.

- So, you will never re-issue the cards?

Yes and no. Re-issue of identical cards is excluded. But perhaps we will release alternative versions of especially popular cards in the future. For example, with an animated illustration or a modified frame.

Subscribe to the newsletter!
Follow us on social media, buy cards for your future decks and spread the word.
Community
Developer
Telegram
Discord
OpenSea
E-Mail
© Copyright 2021 GameLiberty. All Rights Reserved